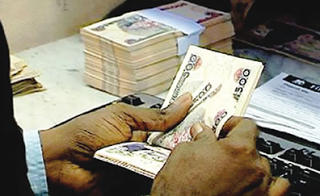 According to spokesman of the CBN, Isaac Okarafor, who announced
the new update on Monday, March 27, 2017, stated that all customers bidding forex
for their basic transport allowance and personal transport allowance, medical
fees and tuition, would from now get at an exchange less than N360 to the
dollar.
He said: “The CBN will
sell to commercial banks at ₦357 per dollar.

“Banks are to post the
new rates in their banking halls of their branches immediately.”
Okarafor said the CBN would send inspectors to banks to confirm
that the new rates are effected, warning that banks are barred from selling
forex meant for invisibles to bureau the change.
Recall that the CBN’s intervention at the foreign exchange
market has been applauded by professionals who have begged the apex bank to eradicate
the multiple rates in the market.
As the Nigeria Naira continues to increase in value, experts
say it is essential for the CBN to adjust applicable rates in different sections
of the market in the overall interest of the economy.
Merchants are hopeful that the national currency value could
rise to about ₦350 against the US dollar soon.
ALSO READ:  Alleged disparity in troops’ payments, posting: Dissatisfied officers should quit - Nigerian Army
Advertisment