By Andre Falana On Mar 18, 2017
Share
Join Us On Telegram
Over 1000 guns were
recovered from cattle rustlers, armed bandits and vigilante as they submitted
their weaponries as part of a disarmament process organized by Zamfara State
and 1 Division Nigerian Army.

In a statement released by the director of army public
relations, Brigadier-General Sani Kukasheka Usman, said the state government
and the Nigerian Army are working towards peace.
The region has recorded series of violence, ranging from
cattle rustling to Fulani herdsmen attack and the army has promised to work in
direction of achieving peace.
Usman said: “The
disarmament of armed bandits, cattle rustlers and vigilante process spearheaded
by Zamfara State and 1 Division Nigerian Army has been yielding the desired
result as more persons have been surrendering themselves, arms and ammunition.
This assertion followed the surrender of more arms at Gusau, Maru and Anka
Local Government Areas of the State yesterday.

“The State Government
and the military have been working assiduously with all the relevant
stakeholders to ensure the sustenance of the peace process.” 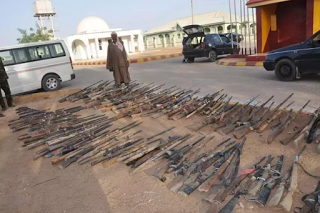 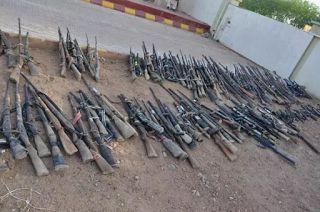 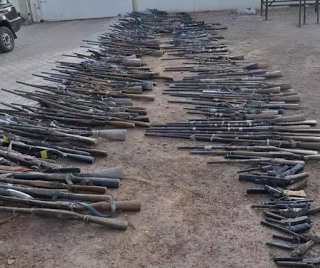 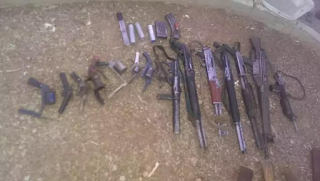 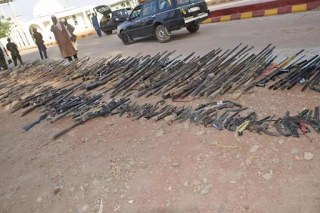