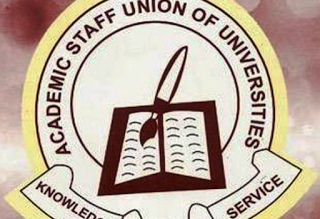 The Academic Staff Union of Universities (ASUU), Owerri chapter, following its meeting in Awka yesterday, March, 21, swore to resist any move by public owned universities to reduce the salaries of university lecturers.

Speaking to newsmen after the meeting, the Owerri chapter of ASUU, which inckudes Nnamdi Azikiwe University, Awka, Michael Okpara University of Agriculture, Umudike, Federal University of Technology, Owerri, Chukwuemeka Odumegwu Ojukwu University, Uli and Imo State University, Owerri, says that despite lecturers in Nigerian Universities were the least paid in Africa, they still battle with the problem of irregularity in payment of salaries and shortfall in salary provisions.
Dr. Uzochukwu Onyebilama, who is Chairperson of Michael Okpara University of Agriculture ASUU, spoke on behalf of the ASUU Zonal coordinator, Professor Ike Odumegwu, stated that: “This ugly development of salary shortfalls started in 2015 and continued through 2016 till date.

“The statistics of the salary shortfalls in universities in the zone indicate that in Nnamdi Azikiwe University, Awka, the shortfall increased from 5% in 2015 to over 13% in 2016 and has continued this year.

“For instance, in January 2017, Nnamdi Azikiwe University had a salary shortfalls of over N88 million and increased to over N170 million in February 2017.


“The situation is not different in Michael Okpara University of Agriculture, Umudike (MOUAU), where staff were paid 75% of their net salary in January 2017.


“The shortfalls in staff salary in MOUAU for January 2017 amounted to over N111 million. In February 2017, staff were also paid 75% of their net salary, while the shortfall increased to over N136 million.


“In the state-owned universities in the zone, salaries are not paid as and when due. For instance, in Imo State University, Owerri, the December 2016 salary was paid by the end of January 2017, while that of January 2017 was paid in the first week of March 2017.


He also said that in addition to salary shortfalls, check-off dues of union members, staff cooperative contributions and other authorized third party deductions for creditors were  unremitted.
ASUUEducationNewsSalariesUniversity
Share

I won’t be appearing before the Senate tomorrow – Customs Boss