Woman recognizes the man who kidnapped her, describes scar in the region of his penis 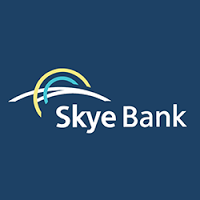 Almost concluding that Nollywood guys were in the bank to
shoot a video before I discovered that IT WAS REAL.
An incident was reported on Tuesday at a Skye Bank branch in
Port Harcourt when a female customer on the queue to perform her transaction suddenly
eagle-eyed a male customer in the same bank and began accuse him of a bad
business that took place between them.
Leaders NG reported that the woman grabbed the man by his
shirt collar and called him a kidnapper, rebuffing efforts by other

customers
to take her hands off him.

She wept as she told them that the man was a member of the
kidnap gang that abducted her last year. She revealed that she could easily recognized
the man because he raped her 4 to 6 times each day(**my palms on my head**) while she was held hostage
and described a scar he had near his penis.
When Police officers arrived the bank, they carried out a
brief investigation about her accusation by stripping the man. It was just as
the woman had labelled, a scar was found on his upper thigh.
Subsequently, the Police obtain a warrant to check the man’s
account detail which revealed the sum of N98 million in his account.
Report said that he has been taken to the Anti – Kidnap unit
for further questioning.
Crime
Share