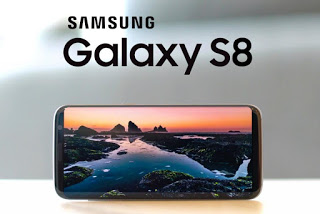 Yeah! We are waiting for two great phones, LG G6 and Galaxy S8. Though, LG G6 will be pipping S8 in

terms of release date (official date – Feb 26). This was as a result of using the Snapdragon 821 instead of the 835. So throw it out before S8 occupy the whole space, nice move.

Alot has been heard and in fact rumours are still flying around about this Galazy S8 since the sudden demise of Note 7 which cost Samsung alot of its reputation.
Now, another leak released by the popular Evan Bass, telling us that we have a larger S8, that is Galaxi S8+. All thanks to an official logo shared by Evan Bass. 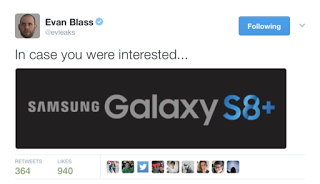 Just like its precious S-editions, Galaxy S7 and S6, we have been expecting Samsung to release two variants of the S8. We all know that the main difference between the two versions has always been the screen size.
Related Posts

Recall, the past two S-editions featured something called ‘edge’ to differentiate the two versions. However, Samsung will ditch that mode of seperation because both S8 and S8+ are expected to feature curved, bezel-less displays.
Wait!!! Samsung are yet to even name the larger version of S8, the ‘S8 Plus’, but according to Blass’s latest leak, it shows that the ‘plus’ branding will feature the + symbol instead of having it spelled out. Afterall, that is never going to be an issue, Samsung’s naming could be closer to our guess.
Presently, all rumours are pointing towards the S8 featuring a 5.7-inch display and the S8+ with a 6-inch one. That’s an increase in size when compared to last year’s 5.1-inch and 5.5-inch displays on the S7 and S7 edge respectively, but the overall dimensions should be smaller than current 5.7-inch and 6-inch handsets due to the very minimal bezels that will be present.
Samsung is expected to announce the Galaxy S8 and S8+ later in March, and with Qualcomm’s Snapdragon 835 CPU, curved, bezel-less screens, Bixby AI assistant, and a lot more.
We are waiting it, just like a world cup final.
galaxy s8mobile
Share

Doctor drugged by lover, lover flees with car to warri