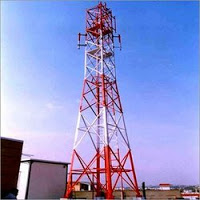 The management of MTN Nigeria has been summoned to appear at the Kwara State House of Assembly following an accusation of ‘wrong installation’ of its mast at Buda Egba, Ilorin.
According to the News Agency of Nigeria (NAN), the summon came to life after a resident filed a petition before the House Committee on Public Petitions.
Related Posts

Alhaji Adeayo Mohammed, who is the committee’s chairman, said that the petition was filed by one Chief Oladele Olanrewaju, through one Mr. Teju Oguntoye who he employed as his counsel.
Alhaji Adedayo said the petitioner claimed that the installation of the network mast was causing environmental hazard to residents of the area.
The commitee’s chairman said that the commitee would commence thorough investigation on this matter and has also directed MTN management in the state and other stakeholders to appear before the it

As a fan of Trump, Just checkout this gold-plated Trump iPhone