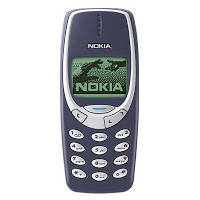 It’s no longer news that HMD, a Finnish company, formerly
Nokia veterans is now in charge of manufacturing Nokia Android phones. It also
has the plan of announcing some of its new devices at upcoming MWC 2017 which
simply means the company has confirmed its presence at MWC.
Recall that the sales of the beautiful Nokia 6 was exceptional
and this shows that NOKIA is back to the system again.
Based on a report from Venture Beat, HMD will announce three
devices: two smartphones (of course base on Android OS), and a feature phone.
The upcoming smartphones are rumoured to be named
Nokia 5 (possible the Nokia “Heart” seen in a benchmark test in January
2017) and Nokia 3.

Now, coming to Nokia
3, its price is expected to be around $150,
likely to be a low-end smartphone (with features yet to be disclosed).
Also, our beautiful Nokia 6 (presently obtainable only in
China) will also be in the showroom at MWC 2017.

NOW, here comes
the greatest surprise of the year (for now) is one of most famous phones on
earth. Remember I mentioned two smartphones and a feature phone. Astonishingly,
it’s said to be the REBORN of the popular Nokia 3310, the “modern
version” of Nokia 3310. Nokia 3310 was first released way back in 2000 and
sold over 100 million units (wow). Remember, it was so strong that it can be
used to break palm kernel, extremely durable and reliable with very long
battery life. Guess, its modernised one will not come with such features again.
Nokia 5 is expected to cost around $200, Nokia 3 expected to
be around $150 while Nokia 3310 is expected to cost around $60.
MWC 2017 event is expected to hold on February 26.
Year 2017 becoming interesting for lovers of gadgets.
mobile
Share

Photo: 23-year-old Man marries his 40-year-old MOTHER and also expecting his child from her