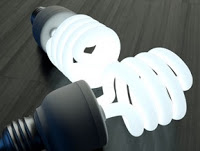 The Transmission Company of Nigeria, TCN, claimed that the
nation’s power generation has slightly improved from 2,662 megawatts on January
22nd, 2017 to 3,528.90 megawatts on February 1.
This figure was revealed yesterday on Nigerian Electricity
System Operator (SO) website, a support group under of the TCN, in charge of its
daily forecast on power generation.

The TCN sub-agency website stated that “The slight increase
in generation is due to slightly increased gas supply to some Generating
Companies, GENCOs, to boost operations.
“The total output of 3,528.90 megawatts from all the GENCOs
on Wednesday has been transferred to the 11 distribution companies across the
country.”
Related Posts

According to Nigerian Electricity Supply Industry, NESI,
operational report, the power sector dropped to 2,662.20 megawatt on January 22
because of low water levels and challenges surrounding gas supply by GENCOs.
The report also claimed that the sector recorded highest
system frequency of 51.50Hz and lowest system frequency of 48.80 Hz, while the
highest and the lowest voltage recorded on Wednesday were 372KV and 300KV,
respectively.
There has been information saying that the GENCOs inability
to pay up the arrears they owed the gas company is also a factor that
contributed negatively to power generation on January 22.

“Government’s intervention helped the gas company to allocate some gas
to generating companies.” Said a source who preferred to stay anonymous.
WE ARE STILL BATTLING TO REACH 5000 megawatts.
News
Share

When serious Governors are talking, Okorocha should Shut up – Obiano