Photo: Man converts to Islam, plans to join ISIS and get himself VIRGIN SLAVE girl

By Andre Falana On Feb 24, 2017
Share
Join Us On Telegram
A British man, Patrick Kabele, who converted to Muslim in
order to become a terrorist has been caught in an attempt to join ISIS. 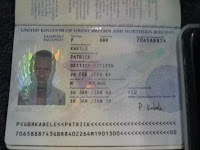 He owns a diary in which he documented his wishes to buy a
nine-year-old sex slave and to die for terrorism by joining ISIS and partake in
their destruction of lives.

Kabele is currently in jail awaiting Judgement from the
court after being caught while boarding a plane from Gatwick to Turkey with the
money to purchase a child sex slave.
The court was surprised when they discovered evidence on his
phone in which he said that he wants a sex slave and “the younger the better”
and that he would desire to die young and strong, equating himself to a samurai
warrior.
Related Posts

“My mind is made up.
It is hijrah and no other way. You only do this once type of s**t. The goal is
to get to the straight and narrow in the lands of Islam.”

His diary read: “If I
ever marry again it has got to be a virgin 9yrs old as what i would want. The
younger & more experienced the better. I wouldn’t rule out a matron to
protect myself from the sun till I have the funds for a young virgin. I dont
kiss anymore.”

“My new and only ‘dua’
till I die, Amin, to migrate to the lands of Islam, fight jihad with the sword
against the enemies of Islam/ die in battle fighting jihad, not to have a long
life – I want to die young and strong.”

“Make ‘dua’ for ISIS.
Ask Allah to rectify their affair as regards suicide and to grant them victory. 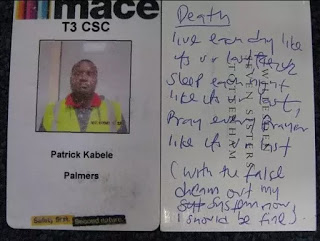 N5bn debt: Pay your operating licence for or or lose it – NBC warns broadcast stations