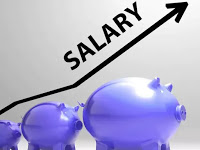 The current Minister of Labour and Employment, Mr Chris
Ngige, relayed an information to the State House correspondents that the two
congress are working on reviewing workers’ salaries.
He said, “We are almost finishing our work and we are
handing over next week.”
He said inability of some state governments to settle their
monthly workers’ salaries, as well as the inflationary trend in the country
have also been noted.

“Everyone knows that prices have gone up and in some states,
workers are not getting salaries. They are unable to pay the minimum wage.
These are the things we have taken into account in our discussion.
He said, “We also have
warnings from doctors’ union and ASUU, as well as NASU. We are discussing with
them but we want to appeal to all of them that there is nothing like warning
strike.”
He, however, admonished trade unions to always use dialogue and negotiation mode with
constituted authorities in process of resolving labour issues.
His statement is as follow:

“There is nothing you
cannot get by negotiation and you cannot get certain things by threats.
Related Posts

“Warning strikes as
far as government is concerned are threats. I have made it clear to them.

“They can go on strike
after giving the mandatory notices but the same law says in Section 43 that if
you withdraw your services, your union is supposed to pay you. Your employer
will not pay.

“That is how the issue
of no work, no pay came up. It is in the country’s labour. For the period you
withdraw your services, it will not count for you in your pensionable times. It
is taken as broken service.’’
He said it is the duty of union leaders to always orientate
their members on the labour law to avoid
industrial turmoil.
Recall that Ngige had
previously threatened to invoke ‘No
work, no pay’ on the members of Academic Staff Union of Polytechnics (ASUP)
who are currently on strike. This threat notice was issued by the minister in
Abuja. He admonished those on strike to stop the five-day warning strike which
took effect from Jan. 30.
He went further by saying, “I wish to assure you that the Federal Government is ready and willing
to fully dialogue with members of ASUP and government will open an unhindered
channel of communication with all stakeholders and shall maintain this.”

“Moreover, the Federal
Ministry of Education has been discussing issues with ASUP on the concerns
raised.

“Therefore, it is
important for Trade unions to embrace dialogue in the pursuit and attainment of
the economic and social interests of their members anchored on equity, natural
justice and agreed procedures.’’
ASUULabourNewsSalaries
Share