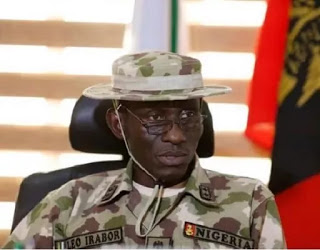 The Nigerian Army have arrested two prominent politicians and a
traditional ruler in allied with the Boko Haram group.
According to The Sun reports, the arrested politicians are
well known in government circle. They were arrested early this week by
detectives and troops from Operation Lafiya Dole, the counter-insurgency
military team.
A source revealed that one of the arrested alleged agents
who is also an Islamic spiritualist, had absconded the state when he got some
information that the military were on his trail. But was later arrested along
Maiduguri-Jos Road, on his way to one of the north central states.
Related Posts

A second suspect was alledge to be a thug often known as
ECOMOG in Borno and an aide to some politicians in the state, according to
military source.
A source from the military camp also revealed that a
traditional ruler from a Borno community and two popular Islamic clerics were
among those apprehended following intelligence about their alleged relationship
with Boko Haram.
The source stated that “More revelations are coming and
more people may be arrested in days to come.”
This incident was confirmed by the theatre commander,
Operation Lafiya Dole, Maj. Gen. Lucky Irabor but refused to disclose the
identities of the arrested persons, insisting that doing so will jeopardise
investigation.
He said, “It is true
we have arrested some people. They may be known faces. We started picking them
one by one. We’re taking them now and we are still investigating them so I
can’t give you any detail.”
CrimeNews
Share

Nokia and Orange Join hands together to Launch 5G services