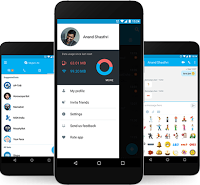 Most Skype users have always complaining about its Android
version, it’s not too good. It’s often somewhat slow, very terrible call
quality and occasionally crash.
Recall in December, Microsoft released what it called Skype Mingo in beta version, it was a
new lightweight Skype client meant for almost same purpose as the main app. Now
the same Skype Mingo is out of beta, and named Skype Lite.

Skype Lite is well armed to handle poor network conditions
and opens faster than the normal app. The app can receive and send both SMS and
Skype messages, and it can also be used as default SMS app which has the
ability to filter promotional messages to deliver a clutter-free inbox and also
allow use of emojis and bots. The sidebar includes a chart displaying data
usage.
Related Posts

According to Eugene
Ho, Director, Product Management, Skype: “Although, 4G penetration has increased in India, network speeds still
drop to 2G and 3G levels often. Skype Lite will be beneficial for users in areas
with low data connectivity.” 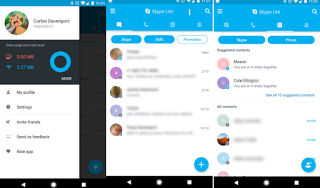 High-end smartphone users can also install Skype Lite and
enjoy it. The app automatically switches to HD calling when the device connects
to high-speed WiFi networks. It also possesses a feature that compresses pictures
to aid reduction in data usage. The compression feature also reduce call
quality based on the data speeds available.
Skype Lite can also replace the default dialler aside that
of messaging app function on your phone. It can fetch contacts from your
phonebook.
Skype Lite is meant for only Indian languages, including
Bengali, Hindi, Gujarati, Marathi, Telugu, Tamil and Urdu. Microsoft has no plan
to release Skype Lite in other regions.
The app is officially available for Indians alone on the
Play Store.
Androidindianmobileskypeskype lite
Share

How to Activate the new MTN Mobile Electricity System with DC to AC Converter.