By Andre Falana On Feb 8, 2017
Share
Join Us On Telegram
A popular chipset maker, MediaTek has announced its new Helio P25 chipset.
It was manufactured using the 16nm FinFET process, the chip
is alleged to have the below attributes: 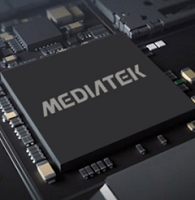 Mobile device users believed MediaTek chipsets are used for
low-end devices, a trend that should continue this year. But the company is anticipating
to become a legitimate choice for manufacturers building high-end handsets,
like Samsung, S

ony, HTC and more others.

Its partnership with Samsung is anticipated to help the push
up the company’s shipments this year by 11% over last year’s supplies. The
Helio P25 is expected to be found powering new Samsung smartphones during the
first quarter of 2017.
MediaTek’s Helio P line is meant for devices that need “Premium Performance” and
balance speed with energy efficiency. They are also designed for thinner
smartphone models.
While the company’s Helio X line offers “Xtreme Performance.” Like that of Helio X20 features a deca-core CPU using a tri-cluster design.
Source
Share

Woman gave birth to goat in Port-Harcourt after 2years