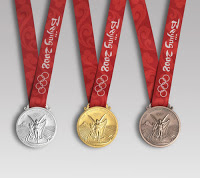 Japan is keen to embark on a project that will involve production of Olympic and Paralympic medals for the Tokyo 2020 Games recycling mobile phones.
Japanese nationals will be asked to contribute to this project by donating their old phones and other small appliances to get up to two tonnes of gold, silver and bronze for the 5,000 medals.
The project is believed to promote reduce costs and sustainability.
Tokoyo 2020 Sport Director Koji Murofushi said, “A project that allows the people of Japan to take part in creating the medals is really good.”

“There’s a limit on the resources of our earth, so recycling these things will make us think about the environment.”
This is coming from country who lacks it own mineral resource and lives on converting mineral resources to wonders of its own.
ALSO READ:  Study links footballers to brain damage
Advertisment

Is this the world’s thinnest phone charger?