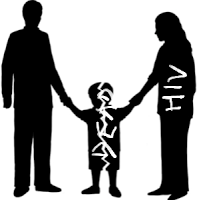 A Jikwoyi Customary Court, Abuja, had on Friday dissolved the marriage rite between a farmer, Joseph Dabjuma and his HIV positive wife after he claimed that his wife does not allow him to use condom whenever they want to intercourse.
Everyman Eleanya who was the Presiding Judge, ordered that the marriage should be dissolved and said that the court had done everything possible to reconcile the couple.
“ The court did everything possible to reconcile the couple but all efforts failed.’’

Eleanya ordered the dissolution of the marriage and that the bride price should be returned to the husband.
Related Posts

Danjuma had earlier told the court that he still loved his wife despite the HIV status.
He explained: “My wife got pregnant and put to bed in 2012; the child got terribly ill and died.

“Due to the ailment and death of the child, I insisted that my wife be tested of HIV, which the doctor did and she tested positive.

“Because I still loved my wife, we used condom as a means of protection during sexual intercourse.

“But as time went on, she refused me using condom on her, and insisted on intercourse without condom.”
The wife who was the respondent, admitted she’s HIV positive and accepted the Judgement on the dissolution of the marriage, also said that she was tired of the marriage.
familyJudiciaryNews
Share

The arrest of Chocolate City’s Audu Bakori is true- Police