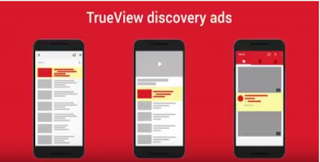 Remember those adverts that must finished playing before you
watch your movie or music video. Though, those ads plays for just 30 seconds
but honestly, most people hates to see them.
Google has officially announced that, from 2018, it would
stop showing those unescapable 30-second ads on YouTube.
A Google spokesperson issued a statement while speaking to
BBC on Saturday, confirming the company’s plans to eliminate this infuriating feature
from the YouTube, and stated that the attention will shift into formats that
are more pleasing for viewers and advertisers alike.
We should remember that Ads generally are the main source of
proceeds for YouTube and video content makers. They more an ad gets viewed, the
more cash the advertisers pay.
Though, the most suitable and lucrative format for such
online advertisements is considered to be a subject of strong debates.
The head of media at marketing and advertising agency, Agenda
21, Will Smyth, approves this Google’s decision as he suggested that this make
the advertisers to be more creative in the use of the platform.
Related Posts

He said, “The
30-second ad is a legacy from TV times,” said Will Smyth, head of media at
the Agenda21 agency.

“It’s a standard
TV unit which has been put online, but it’s not the most effective way to
advertise.”

“This will
encourage advertisers to be more creative about the way they use the
platform.”

“It’s good
business for everyone to focus on ‘skippables’ – people aren’t forced to sit
through ads, and advertisers don’t need to pay if their ad is skipped,” He
added.
This is definitely a great news for viewer but an unwanted news for the advertisers and media makers. However, we are waiting for the proposed format as claimed by google.
Adsmobile
Share

One UI 2.5 To Bring In-App Ads To Samsung Phones