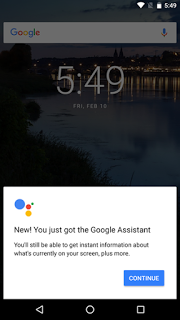 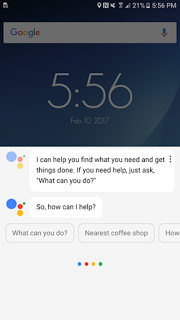 Features: According
to Android Police report, the version enables some features that had previously
been seen in testing like a page of recent search topics and lite mode. There
is also a process to add payment information for use with Google Assistant.
Process of Activating
the GA app: After installing v6.13, the Google Assistant can be enabled by
holding the Home button as if to launch
Now on Tap. A dialog will be displayed with the message “New! You just
got the Google Assistant” and begin the setup process for voice training.
Then again, another
Nexus 6P refuses to behave this way, so it’s only down to speculation what set
of conditions need to be met.
You can click on the source link below to download the APK,
but be sure to read the warnings first.