Feature Phone with 4G LTE set to be launched

I personally thought the mass infiltration of smartphones will automatically eliminate feature phones but I was wrong. No wonder Bloomberg reports shows that smartphone shipments in Africa declined by 5.2%.

Finally if this could later become real, then smartphones needs to be smarter than present.

Although, feature phone market share is decreasing day by day in the developed countries. On the other hand developing countries like India and Africa, it is increasing. Reports said, almost 65 percent of mobile phone users in India still make use feature phones. 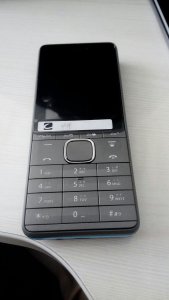 Rumors have been flying around like eagles for long about feature phones to be launched by Reliance Jio.

Now a report has disclosed the image of the Reliance Jio upcoming feature phone.

Phoneradar shared an image (first image of the phone from Riliance Jio) that shows the look, design and shortcut key setup of the new feature phone.

However, name of the maker was not indicated but shortcut keys for Jio services such as Jio Live TV, Jio Music and MyJio apps were seen on it. It is a non-touch screen which makes a bit boring for me but itâ€™s allowed because itâ€™s a feature phone.

It comes with dedicated torchlight button, T9 keypad and D-pad in the middle of the phone.

Now this is it, the phone support Reliance Jio 4G VoLTE. There has reports that company might launch a 4G VoLTE powered feature phone to increase its subscriber base in rural areas within Indian. And it can launch a feature phone with 4G VoLTE support as low as INR 999 only in India. A lot of Indians and foreigners still donâ€™t use a smartphone in rural areas of India and still prefer a feature phone. This phone is just for such people.

The new phone is said to be priced INR 1,299 in Indian, according a report. That is $20 equivalent.