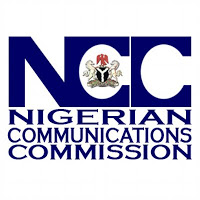 The National Association of Telecommunications Subscribers (NATCOMS) has appealed to the Nigerian Communications Commission (NCC) to please abolish its plan on upward review of the interconnection rates for voice services.
The NATCOM’s President, Chief Deolu Ogunbanjo, on Saturday, spoke with the press in Lagos that with the current economic situation of the country, the review of the interconnection rates was not necessary.

“’Government should understand that we are in recession and it is affecting every pocket; so, it is not a right time of increasing telecommunications tariffs.”

He said that rather than upward review, the regulatory body should be thinking of a downward review. He also said that, voice tariff, data tariff and other services offered by the sector should be review downwards.
“NCC is not in the habit of reviewing downward; however, downward review will be a welcome development in view of the present economic situation,” Ogunbajo stated.
Related Posts

He said that the telecommunications sector should look at dropping the price cap from N50 per minute to N20 per minute, since the cap had been in existence since 2001.
Recall on Friday, February 17, Tellforceblog reported that the NCC is determined to review the interconnection rates – Prof. Umar Danbatta who is the Executive Vice-Chairman of NCC, said on Wednesday in Abuja that NCC was set to review the interconnection rate for voice services which has been fixed since April 1, 2013 and this is coming due to the current market realities.
Danbatta said, “The sector has witnessed changes in available technologies (2G, 2.5G, 3G and 4G) and other network elements, including global financial markets, which have an impact over inputs such as cost of capital.

“The scale of changes will inevitably affect the unit cost of providing services, including interconnection, and may lead to differences between regulated interconnection rates and underlying costs.

“This, in turn, may result in differences between on-net and off- net retail tariffs.

“It is very important we ensure that interconnection services are not only fairly-priced and non-discriminative, but should reflect the cost of providing such services in the market.

“It is in this regard that the commission has decided to review the rates set in its 2013 determination, in the light of current market realities.”
NCCNews
Share

National March for Alexis Sanchez to leave the Arsenal