The release date for the much anticipated Blackberry Mercury has be known according to a teaser that allegedly came from the company.

Actually, the name ‘Blackberry Mercury’, was not mentioned on the teaser. Note that, the real name of the phone will be announced when the phone is released officially even though everybody call it BB Mercury.

The teaser says that the last in-house phone to be designed by BlackBerry will see the light of day on February 25th, 2017. The time is 7pm in Barcelona and 1pm in the afternoon of the same day in New York City. 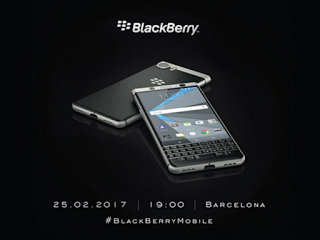 The rumored specs for the Mercury is as below:

Let’s wait till Feb 25th for other important information, such as pricing and availability.