Top 10 list of the most admired companies in the world. Apple tops for the 10th time. 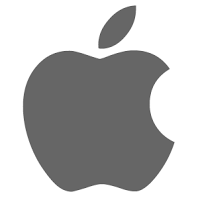 For a company to make the list, it has to be among the top
1,000 U.S. organisations in terms of revenue. To that list, over 500
international firms with proceeds of $10 billion and more are added.
Finally,
the list is made of 680 firms from 28 countries. The contenders are then categorized
based on things like social responsibility, quality and innovations.
Apple has been at the top of this list since year 2007 which
coincided with the year it was launched. The tech giant is expected to
celebrate its tenth year of iPhone production by presenting a 10th anniversary
model
Samsung which has been a bitter rival to Apple in terms of
mobile technology was number 35 last
year but has been found wanting on the top
50 most admired companies for 2017. This abysmal report for Samsung could
probable be related to the Galaxy Note 7 fiasco.
mobileNews
Share