By Andre Falana On Jan 16, 2017
Share
Join Us On Telegram
PROPHET I. O AJILORE of the living proof Christian church, Ibadan, Oyo state has released his own prophecies for the year 2017. These predictions were declared during the church annual

thanksgiving and prophetic declaration service that holds every 19th December of every year. Please find them below:

1. To God be the glory, April 17th 2015, he told me that, 2016 shall be year of ISAAC, that is why our theme for 2016 was “YEAR OF ISAAC ” Gen 26. The year of famine, that things will be costly. To God be the glory, we are all alive to know if actually 2016 is year of Isaac : Did things become costly of not?
2. God told me that 2017 shall be the year of Divine Solution Gen 41. Their will be divine solution for the nation, if they can seek the face of God and directions. God told me that in 2017 things shall be so blocked and hard for the People and the nation, things will become tangled, but with directions and leading of God those that seek for solution from God, things shall work and become easy, just like the time of Joseph in Gen 41, People that are in chain, Prison wrongly will divinely be released both in Spiritual and Physical.
3. Last year, God told me, that we should pray against death of renown great men of God in CAC circle, we lost two giants in persons of Baba Alasepe and Baba Salawu. Still this Year 2017, God said we should still pray for baba Olowere, baba Abiara and 3 others.
4. Last year, God said we should pray against the death of the head of Celestial, baba Maforikan has gone, he was the head of Celestial. This year we need to pray against the death of the remaining foundational Truste of Celestial Church.
5. God said we should pray against death of two international recognized, renown men of God with great followers (members )
6. Pray against the death of young men of God this year 2017.
7. Pray against embarrassment in the Christ Kingdom this year, series of surprises, Pray for the head of Deeper Life, Redeemed Church, Winners Church, CAC, Catholic and head of C&S Church Baba Alao, more attention on Pope and the Catholic cardinal Nigeria
8.As regard insurgents in the North it will be killed, it die down totally Nigeria will recover back their land, but bomb blast will still be taking place at random.
9. Nigeria still need prayer to stop the plan of foreign country to be sponsoring militants against Nigeria, especially by Iranian country.
10. Pray for students so that this year JAMB will not be complicated for them, with prayer we are doing it may be better than last year.
11. Pray against plane crash during pilgrimage.
12. I saw planes crashing including military planes, lets pray against it.
13. Lets pray against fire outbreak in renown companies both private and government companies, bank, the top market places, as rain will seize at the initial stage but it will rain later later this year
14. As I have been giving warning about flood, this year again, we need to pray against flood, especially North West, Niger Delta, Ibadan people should also be careful
15. I warned against the death of two popular paramount King last year and Olubadan died. This year, God said 3 most popular King in Oyo state need prayer for long life, especially Alaafin Oyo, Soun, and newly installed Olubadan.
16. Pray seriously for Owa Obokun of Ijesa land, new Oluwo of Iwo, and 2 Obas in Osun.
Related Posts

17. Ewi of Ado, Oba of Lagos, Osemawe of Ondo, Oba Olugbo of Igbo, Oba of Ijebu land need special prayer this year against sickness and death including new Ooni of Ife. Remember, less than 3 months before this demise of Ooni Sijuwade, it was revealed to me and I told people during a revival program held in Ile-Ife “that the most powerful of Ile-Ife was going”.
POLITICS
18. confusion, as betrayals will abandon their leaders because of their appointments.
19. We should pray against great confusion if or when a sudden death of a popular leader of a party is announced.
20. We need to pray seriously for a popular former Governor.
21. The Eastern Nigeria need serious prayer to be able to have an Eastern Nigeria person as President in the next zoning. I didn’t see Igbo man becoming next President after Northern presidency. More prayer, patience, cooperation and civil actions is needed by Igbo to become President
22. Their will be leadership tussle in APC that will be later resolved, lets pray for peace.
23. To the Glory of God, I predicted the Election of 26 states in the last Election and it came to pass. The record is their. I also predicted those that will win primary Election and Who will emerge winner in both Oyo and Lagos State and it came to pass.
More Governor will loose their re Election.
24. As regard Niger Delta having country of their own is not yet, any attempt towards it will fail totally . Although Nigeria will still dis – integrated.
25. No end to terrorism in Nigeria and the whole world for now it will only increase World wide.
26. Pray against the death of formal Governor of Oyo state. Also, former popular Ogun state Governor needs prayer.
27. Formal inspector General of police needs urgent prayer.
28. Popular young or youngest most popular politician in Ibadan need prayer urgently.
29. President Buhari needs prayer to complete his tenor as President.
30. If prayer is answered and Buhari survive his first tenor, his second term attempt will put end to APC under ground.
31. If Atiku Abubarkar did not die and want to become president in Nigeria, he will need to bow down for God and masses and he must go and apologies to all former presidents, other wise he may never become president in Nigeria.
32. Bukola Saraki will overcome all his challenges after serious battle. His political enemies will negotiate with him, but he needs prayer against sickness. 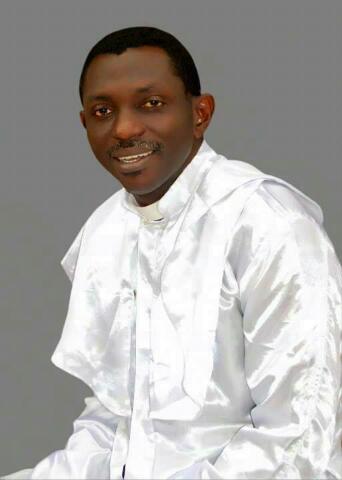 How to Install WhatsApp on Blackberry 10 Devices

Do you know that TONGUE EXERCISE prevents hypertension, asthma, insomnia and many more