Report says the Galaxy S8 may come with 3,250mAh battery 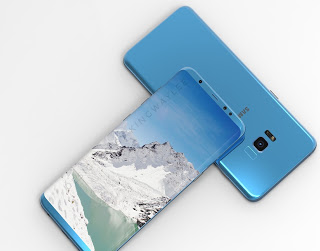 A new report is originating from South Korea that it appears
that Samsung has provided its battery suppliers with a new production roadmap,
which includes 3,250mAh and 3,750mAh cells; suspecting to be the power sources
for the much-anticipated Galaxy S8 and Galaxy S8 Plus respectively.
For now, there’s no form of prove to support this claim but
it looks very feasible which should no

t entirely be ruled out. The Galaxy S7
and Galaxy S7 edge sported 3,000mAh and 3,600mAh cells, so it’s only to be
expected that Samsung will charm their successors with an incremental capacity
upgrade.

But as usual, time will tell. Luckily, we don’t need to wait
forever again to find out more, though. Samsung’s expected to release those
beasts, Galaxy S8 and Galaxy S8 Plus at a dedicated event on March 29, with a
worldwide release expected to follow in mid-April.
mobile
Share