Nokia 6 took One minute to sell out. 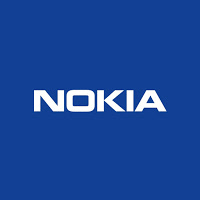 Back in the game.
That brand has started raising dusts again, can it survive again after
suffering some muscle cramps for many months (if not years). The name NOKIA.
The new Nokia 6 took
about one minute to sell out during its first flash sale held on Wednesday
morning. The handset is an exclusive of JD.com, and was priced at the
equivalent of $247 USD. Over 1 million registrations were listed for the flash
sale. The precise number of units sold was not revealed but another similar
offering is expected to take place shortly.
Related Posts

The Nokia 6 features
a 5.5-inch display with a 1080 x 1920 resolution. The Snapdragon 430 chipset is
under the hood, carrying an octa-core 1.4GHz CPU and the Adreno 505 GPU. 4GB of
RAM is inside along with 64GB of native storage. A 16MP rear-facing camera
comes with an f/2.0 aperture, and the 8MP front-facing camera shoots selfies
and handles video chats. Keeping the lights on is a 3000mAh battery, and
Android 7.0 is pre-installed.
It is expected that
more Nokia handsets will be introduced next month at MWC, including the
Snapdragon 835 powered Nokia P1 flagship. Rumor claimed that the Nokia P1 is
based on the Sharp Aquos Xx3 with upgraded specs such as 6GB of RAM, up to
256GB of internal storage, the top-of-the-line Snapdragon chipset, dual
speakers and a fingerprint scanner. The Nokia P1 will have a Gorilla Glass 5
protected 5.3-inch display with either 1080 x 1920 or 1440 x 2560 resolution.
The model with 128GB of internal storage is expected to be priced at $800,
while the variant sporting 256GB of native storage might be tagged at $950.