Airtel to exit Africa within a year 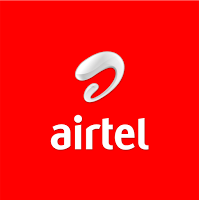 Bharti Airtel said it will be exiting 15 African countries including
Chad, Congo, Gabon, Ghana, Kenya, Madagascar, Malawi, Niger, Nigeria, Rwanda,
Seychelles, Tanzania, Uganda and Zambia within a year.
The company has been battling with poor performance across
those markets. If I am to open my records, I could recall that two years ago, Airtel
began talks of sell off its operations in Burkina Faso,

Chad, Congo Brazzaville
and Sierra Leone to Orange but the company refuted the claim of exiting Africa.

Bloomberg actually stated that
Airtel “is considering mergers or stake sales at some of its Africa operations
as it looks to cut debt and make its biggest overseas acquisition profitable.”

At the World Economic Forum in Davos, according to
Mr. Mittal, the chairman of Bharti Airtel, the process would be completed
within a year and would affect some of Bharti’s businesses in 15 African
nations, including Nigeria.
Airtel recorded a great loss of about $91
million in the third quarter of 2016. So in
order to lessen the debt, Airtel is in the view selling off a stake in Bharti
Infratel Ltd., its tower unit. Although, decision is yet to be taken on whether
the sale of a minority stake or control of the tower unit pay off.
This could the major reason why Airtel is yet to launch 4G
LTE network in Nigeria leaving them behind among other big 3 telecom operators
within the country.
I hope Recession in Nigeria is not affecting Airtel badly.
News
Share

This Galaxy S8 concept image are just too beautiful